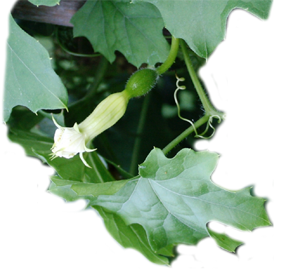 Every so often I hear from East Asian Medicine practitioners or students who want to grow their own Chinese medicinal plants. Usually this impulse is not aimed toward production, which is a complex operation best left to professional farmers. Rather, they want to get their hands on actual plants, to get to know them better and admire their beauty. Perhaps they have a home garden, or a small garden area outside the clinic that can attract and educate patients.

To more easily satisfy these horticultural urges, here are my recommendations for five “backbone” plants, herbaceous perennials to group together for display. (Or, just to grow anywhere!) All five are very beautiful, germinate readily from seed at 70°F or over bottom heat, do well in mostly full sun, are relatively pest-free and easy to maintain, and can complement each other in a small garden bed.

In addition I recommend five “filler” plants to add contrasting textures and colors. You can get creative with this concept, filling in with annual vegetables or any well-behaved ornamental specimens. Note that vines or shrubs are not included here. Seed sources are noted.

Aster tataricus (aster family), source of 紫菀 zĭ wǎn, Tatarian aster root. Unlike droopy native American asters, this plant sends up a sturdy, six-foot flower stalk in late summer and blooms a brilliant reddish purple in October. Cars stop on the road so the driver can ask what it is. Cut and remove stalks after blooming. The deep green basal clump expands by runners and must be trimmed back in spring. Tatarian aster should be planted as a focal point, in the back of a border, against a fence or in the center of a round bed. Very hardy and reliable with no known predators. Seed source: SM.

Belamcanda chinensis (iris family), source of 射⼲ shè gān, blackberry lily rhizome. An iris not a lily, this requires a well-drained soil without damp mulch at the base of the plant. Swordshaped light green leaves, orange red-spotted flowers in July and August on stalks 36 inches high are followed by shiny black seeds (like a large blackberry) in September. The rhizomes are bright yellow. Like other irises, the clump gets larger each year. Mulch with small rocks to prevent the stems from flopping over late in the season. Planting radius 12-18 inches. Seed source: CMHF, Richters.

Platycodon grandiflorus (bellflower family), source of 桔梗 jié gěng, balloonflower root. Balloon flower, long prized in the ornamental trade, has been hybridized for pink, white and variegated flower color. The wild medicinal plant has blue flowers only. Seeds should be black; the lighter color indicates a hybrid form. Late to emerge in spring, the plant gradually forms a clump of several stems to 24 inches in height, becoming more robust each year. Seedlings are slow growing and should be transplanted in individual pots and maintained for several weeks or months before setting out. Can self-sow under moist conditions. Seed source: CMHF, JLH, Richters, SM.

Scutellaria barbata (mint family), source of 半枝莲 bàn zhī lián, barbed skullcap herb. Low-growing but erect, 6-8 inches tall with pale purple flowers, this is understated but so impressive as a border plant. More delicate in form than the S. baicalensis but needs similar rock garden conditions. I’m recommending this one in preference to the S. baicalensis which sprawls out to three feet wide and is better suited to large spaces. S. barbata tends to form a small clump which can be separated and transplanted easily. Plant in masses or swaths at the border. Note the complement with white clover in the photo above. Planting radius 3-4 inches. Seed source: CMHF, SM.

Achillea alpina (=sibirica, aster family), source of ⾼⼭蓍 gāo shān shī, alpine yarrow herb. With ten endemic species of yarrow in China, plus the old standby A. millefolium introduced, there’s a lot to choose from. Achilleas are perennials and come in an array of colors, but I recommend white for complementing the lavenders and reds of the other plants. Since A. alpina seed is hard to find, fall back on A. millefolium which is ubiquitous throughout the northern temperate zone and is well recognized as a valuable medicinal herb. You might find live plants at a local garden center. Seed source: JLH, Richters, SM.

Celosia argentea (amaranth family), source of 青葙⼦ qīng xīang zĭ, wheatstraw seed. The ornamentals industry has gone crazy with the other Celosia, C. cristata (“chicken crown flower), and the stubby variations seen at your local big-box store don’t much resemble the real thing. But C. argentea has been exempt from such abuse. It’s an annual, true to its original form, a bushy 24-30 inch clump with multiple spiky flowerheads in a pale mauve color. Flower farmers have picked up this one as a good bouquet filler. Start it indoors in April in a plug flat and plant the plugs in between your perennials. Seed source: CMHF, JSS.

Dianthus superbus (pinks or carnation family), source of 瞿麦 qú mài, or Dianthus chinensis (=amurensis & others), ⽯⽵ shí zhú, Chinese pink herb. A variable genus with about 600 species in temperate zones and 16 in China, most used as ornamentals. These two perennial species, however, are considered medicinal. Less than a foot high with slightly sprawling, blue-green foliage, massed plants are useful for edging a bed or in the rock garden. Would look great planted near S. barbata, as the colors are complementary. If you buy seed labeled Dianthus chinensis, be prepared for a range of forms and colors from white to reddish purple depending on your seed source. That’s a catch-all category in the western ornamental trade. Planting radius: 6 inches. Seed source: SM.

Foeniculum vulgare (carrot family), source of ⼩茴⾹ xiǎo huí xiāng, fennel seed. The bronze version of edible leaf fennel will give you a delightful contrasting texture and color to decorate your patch. The plant can grow about 4 feet in height and can be trimmed back in midseason. The leaves are so finely cut than the overall effect is smoky or cloudy. It will be heavy with anise-flavored seeds in autumn. Classified as a tender perennial, the plant also self-sows freely. Some people might consider the self-sowing to be invasive but the roots are shallow and easily spaded out for transplant, so I prefer to think of its habit as a sign of abundance. Seed source: JSS, Richters.

Perilla frutescens (mint family), source of 紫苏⼦ & 叶 zĭ sū zĭ & yè, shiso seed & leaf. Another self-sowing annual, perilla is valuable for its contrasting foliage color. At least three forms are available; choose the red (left photo), a variable reddish purple, or the Britton (right) for purple on one side and green on the other. The plant will form a bushy shape 24-30 inches in height with a wonderful aroma, small pink flowers followed by seeds in August or September. See the above caution on self-sowing. Seed source: KSC, JSS, Richters.